Ecuador, perched on the Andes Cordillera, between the Amazon Rainforest and the Pacific Ocean, bordered by its large neighbours, Colombia to the North and Peru in the South, is one of the smallest countries of South America.

But this small country has received its share of a great variety of magnificent landscapes which include snow-capped peaks, tropical forests, the highest volcanoes, wild rivers, the incredible richness of its biodiversity and the warmth of friendly and charming people. They are descendants of the Incas and those who came before them, leaving many traces of the richness of the pre- Colombian civilisations. 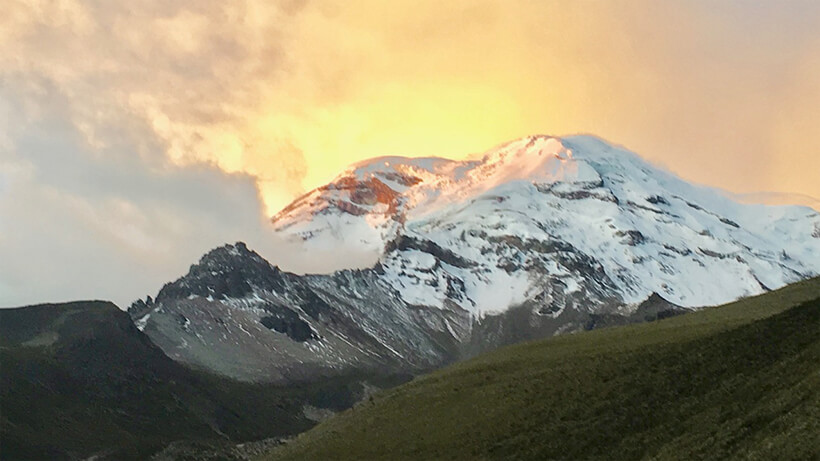 Here, below the Equator, the moon looks like a horizontal boat. It is an element of Pachamama, Mother Earth, the nourishing goddess whose presence is venerated here.

It is not the latitude (0°) that determines the climate here, but rather the altitude: from the sunny beaches on the coast, to the eternal snows of the volcanoes of the Cordillera, and the immensity of the Amazon Rainforest, all climates coexist.